It came…It happened…and it was historic.

Gail’s birthday celebration was an epic weekend fest for all of us, beginning on Friday, and lingering on through Sunday. For Gail, however, the party will never end. And it shouldn’t. 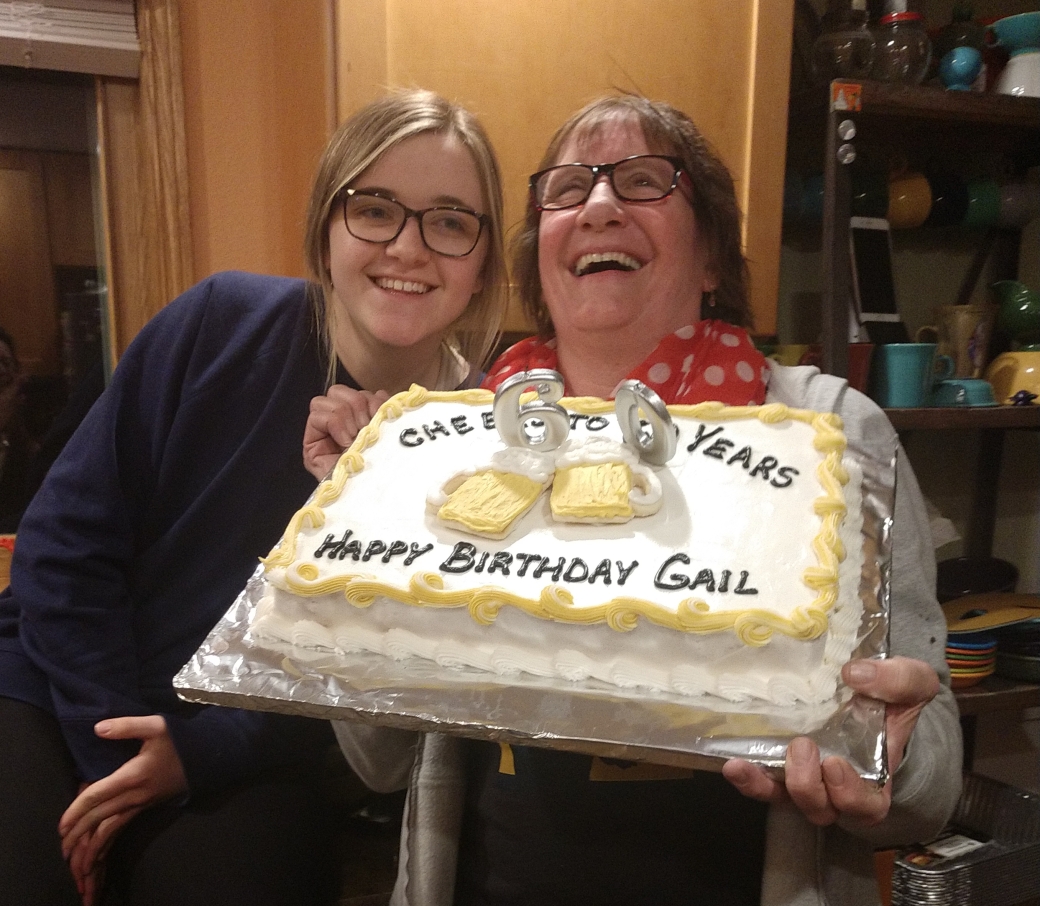 It is often said that a picture is worth a thousand words. If that’s true, then a video is surely worth thousands more, so I will let the pictures and videos do most of the talking for this post.

Gail is no dummy; she knew something was in the works. She just didn’t know exactly what it would be, or who would be there, or where it would be…

When her friends Margaret, Courtney and Bailey brought her in after about an hour of country cruising, she was greeted by a dance hall full of well-wishers, family and friends alike. 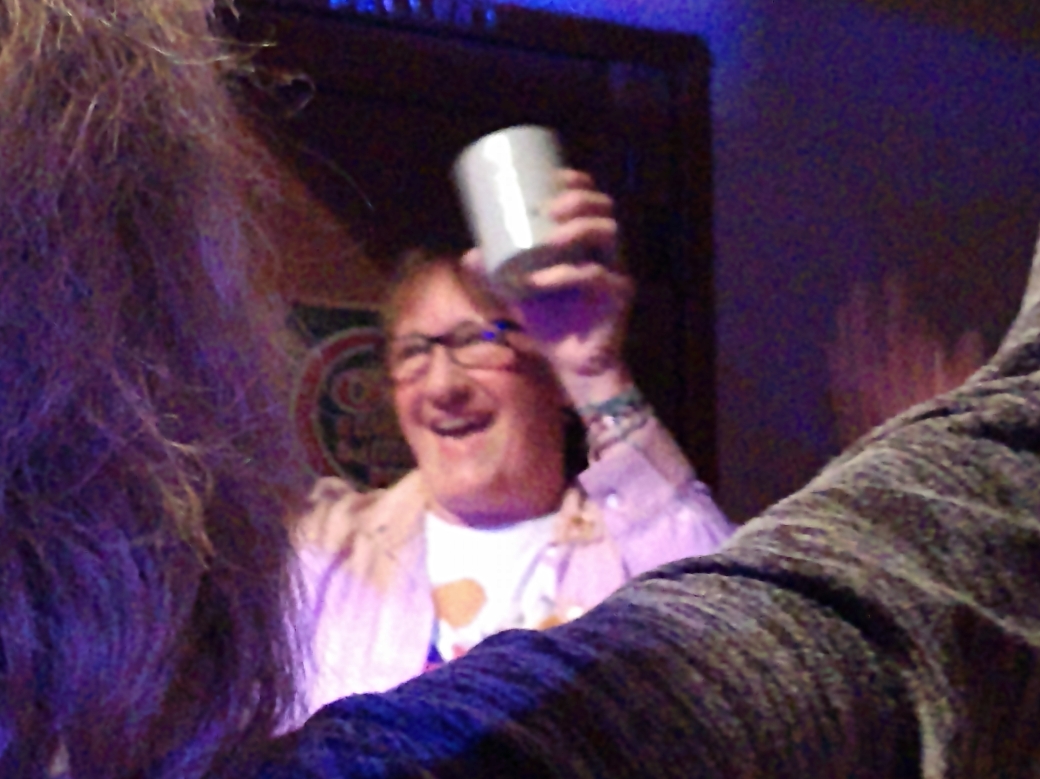 We took her by surprise—at least by a little bit.

The food was divine, the music was the perfect mix for Gail—and everyone else—and the mood was beyond festive. 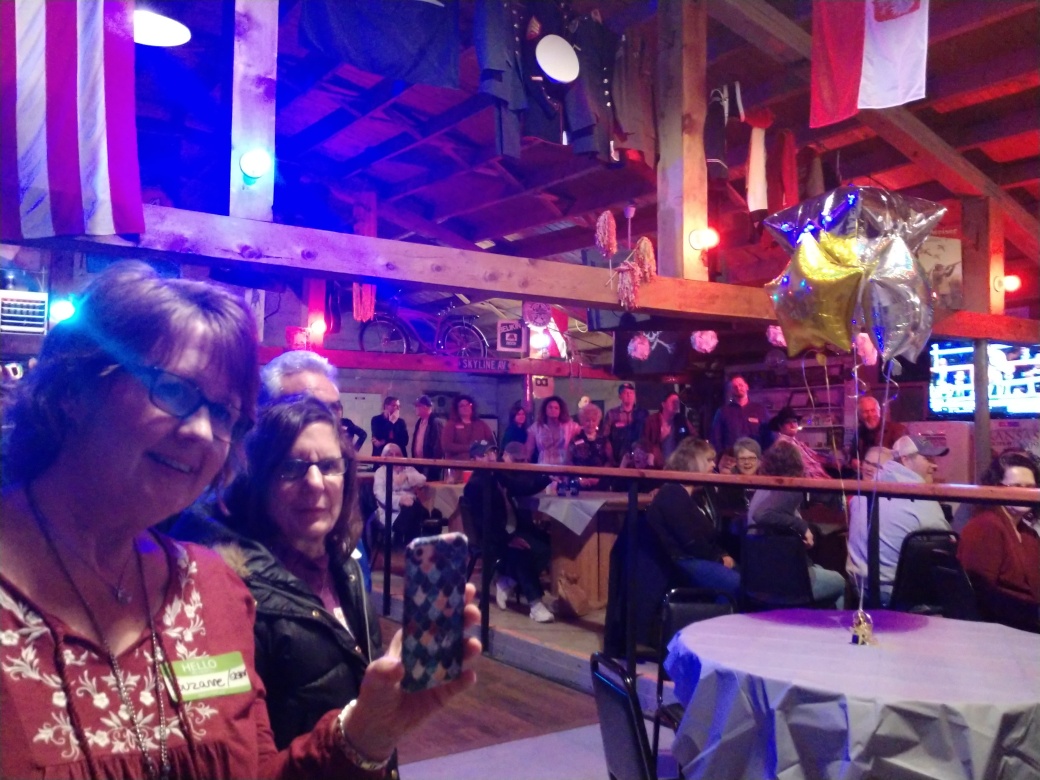 Our mom’s sisters made the five-hour trip from Wichita with their families.

Suzanne and I were there, as well as one of our brothers. Duty called for the others. 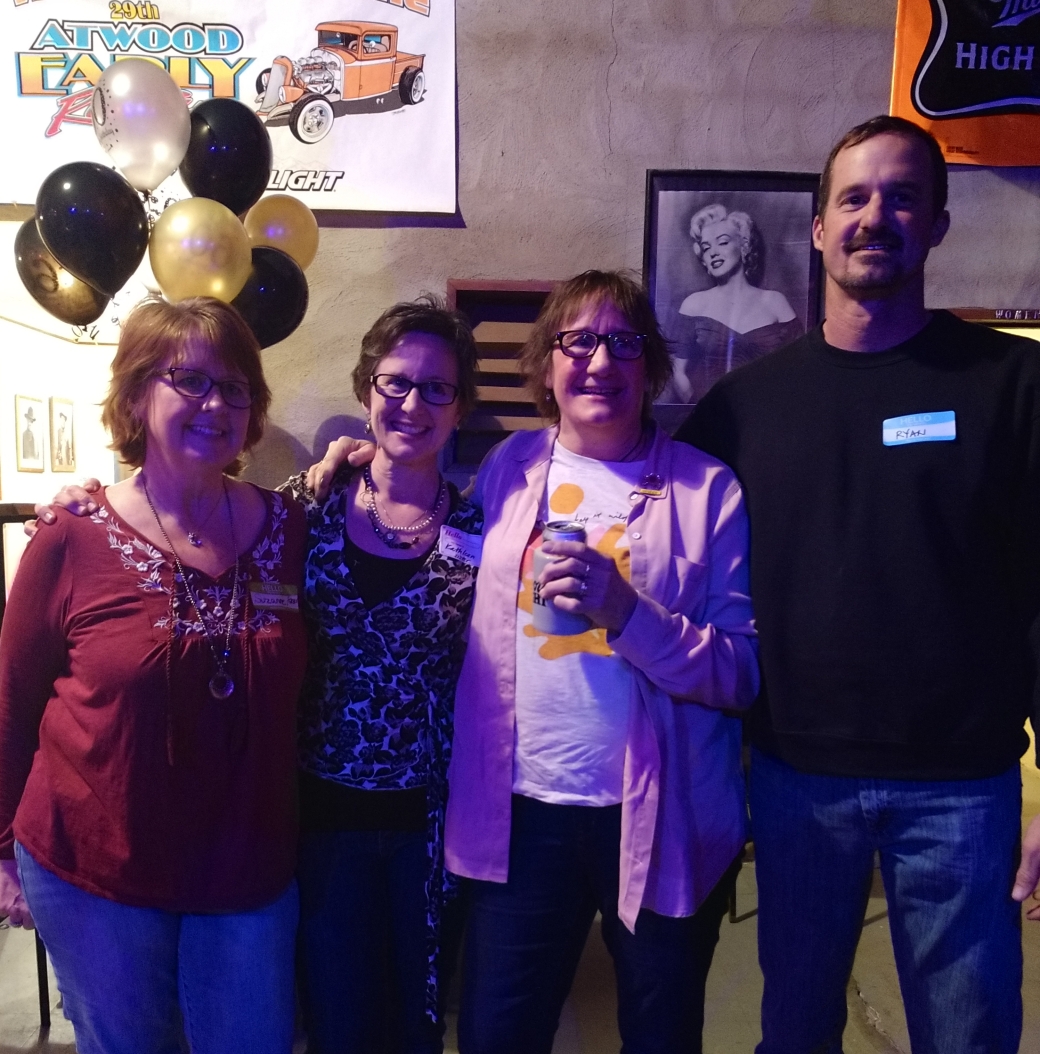 Friends from near and far made it their priority to spend the evening celebrating with their friend Gail.

Her two older daughters traveled from Wichita and from Michigan, the two younger children were closer.

Her in-laws wouldn’t miss it for the world–they were transfixed by The Dancing Queen.

It was a grand reunion for all of them.

Inspired by his aunt Gail, my son broke out in dance as The Dancing King.

The morning after–Gail is still smiling.

The gift of age is one to be opened daily as well as yearly, and I know of no better example to follow than Gail’s.

Sixty is a state of mind—as is every age, and no matter what your age, it is your choice to make it a celebration—or not.

So, if you are tempted to dread your next birthday, just remember Gail’s attitude, and celebrate. And pretend Gail is watching you dance–and cheering you on.